The mortgage qualifying tool has been subject to plenty of criticism. However, with rising interest rates, it may be a saving grace for many Canadians. 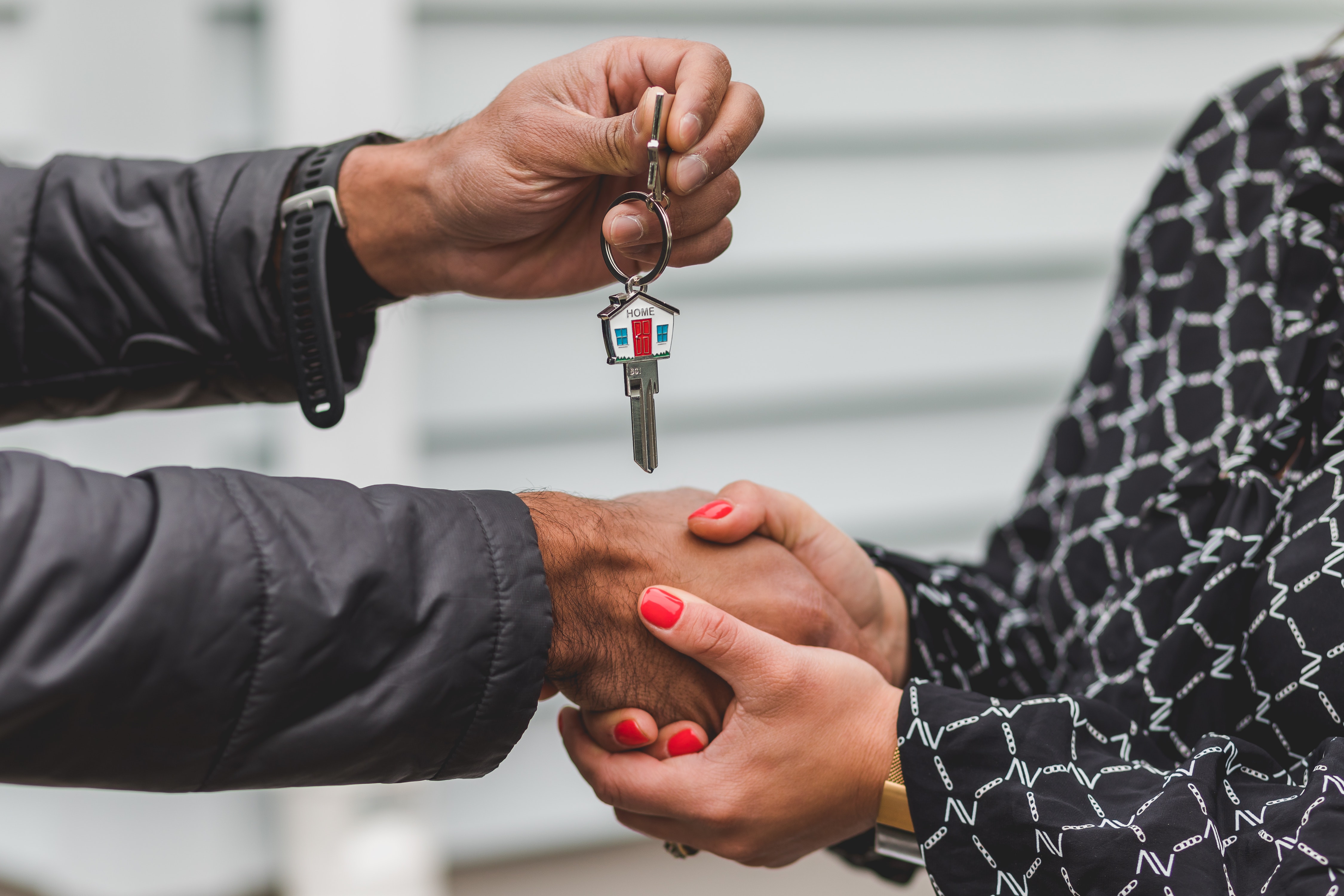 There is no question that the mortgage stress test—a mortgage qualifying tool that limits the amount you can borrow to purchase a home—has been a thorn in the side of many mortgage professionals, realtors and aspiring homeowners across Canada.

Industry experts have noted the stress test restricts first-time buyers and move-up buyers from entering the marketplace. It also limits existing homeowners in their ability to access the equity in their homes through having to re-qualify for their mortgage using the stress test qualifying rules.

It’s for these reasons that a tool designed to protect Canadians became a villain in the eyes of many people with homeownership dreams and those wanting to serve them. So, is that reputation really warranted?

What is the purpose of the stress test?

The stress test was introduced in 2016 to address high levels of household debt in Canada. Originally, it only applied to insured mortgages—meaning those for which the buyers have less than a 20% down payment, requiring them to pay for mortgage default insurance. These loans are also known as high-ratio mortgages.

The stress test was designed to make sure borrowers would be capable of making their mortgage payments even in the face of changing interest rates. It served as a margin of safety in case rates jumped to levels that could prove difficult for some borrowers to handle.

In 2018, the Office of the Superintendent of Financial Institutions (OSFI) expanded the stress test to include uninsured mortgages. The minimum qualifying rate used at that time was the greater of two numbers: the Bank of Canada’s five-year fixed benchmark rate, or the lender’s contract rate plus 2%.

The rules changed again in June 2021, and the minimum qualifying rate is now either: the rate offered by the lender plus 2%, or a rate of 5.25%—whichever is higher. Considering benchmark rate previously used was 4.79%, last year’s change effectively increased the floor rate by around 50 basis points (equal to half a percentage point).

Today, those are the rules that apply to anyone borrowing from a federally regulated lender—including first-time home buyers, investors and existing homeowners who have made regular payments on their mortgage for several years and want to refinance.


Why have so many people criticized the stress test?

When the stress test came into effect, the higher qualifying rate, coupled with a maximum 25-year amortization period for high-ratio applicants, slashed home buyers’ purchasing potential by as much as 20%. For existing homeowners, refinancing or shopping for a mortgage at renewal time became more difficult. Many felt handcuffed in their ability to access large mortgage amounts.

Prior to the rule change in 2021, critics feared a qualifying rate that was determined by the average posted rate of the six big banks could be manipulated and trap would-be renewal clients with their existing lender at inflated interest rates. Some people believed the banks would keep the five-year posted rate high for their own economic benefit.

Others felt that recent retirees with significant equity in their homes and reduced income faced considerable difficulty with the stress test. Many soon-to-be retirees would need to plan years in advance to secure a mortgage or a home equity line of credit to fund their retirement plans.

With a cap on borrowing, buyers began needing bigger down payments than before. This is how the use of family gifts and early inheritances in buyers’ down payments became such a big trend in recent years.

In short, access to mortgage money was a story of doom and gloom for many borrowers learning about this new requirement. Meanwhile, service providers concluded the government and regulatory intervention went overboard and could stall or even decrease housing value growth in the years that followed.

A different way of looking at the stress test
The stress test has endured significant criticism, and even through a two-year-long pandemic that saw record-low interest rates, the qualifying rate criteria was held steady in the face of cries from many to reduce it from the current level.

During that time, we have seen an unbelievable increase in real estate values, causing wealth in real estate to skyrocket. At the same time, we have watched inflation rates hit alarming levels. High inflation levels drive interest rates up, and we have already seen five-year fixed rates move considerably higher in the past six months, from 2% to over 3%. Variable-rates will also change in response to hikes in the Bank of Canada’s benchmark overnight rate. As a result, many financial analysts worry homeowners with large mortgages will soon be squeezed and will not be able to make their mortgage payments.

But many of these critics have forgotten the purpose of the stress test. Since June 2021, the buyers who took advantage of variable rates in the mid-1% range still qualified according to the 5.25% stress test criteria—almost a 4% variance!

To put this in perspective, here’s what the situation would look like for a borrower opting for a variable rate on a mortgage of $700,000, under the stress test rules:

A prudent borrower would utilize this amount as forced savings or use it to accelerate repayment of the mortgage.

What is more compelling is the interest component difference between the contract rate and stress test rate payments in the chart above. With low rates and a 25-year amortization, a higher component of the monthly mortgage payment is made up of principal repayment when using the contract rate (68.8%) than when using the stress test rate (in which the principal repayment represents 27.4%).

In other words, the stress test provides a $25,887 annual ($2,157.25 monthly) interest cost buffer between the actual contract rate paid and the stress test qualifying rate. This would allow a borrower to pay down their mortgage debt further by increasing their monthly payment beyond the minimum obligation.

Will the mortgage stress test redeem its reputation?

In a low interest rate environment where the appetite for homeownership is insatiable, a tool like the mortgage stress test is going to create shock in the marketplace. There is no question it will be deemed limiting and unfair by many would-be owners and industry service providers.

But in retrospect, the stress test has been a good policy and of great value to the housing industry. It has provided comfort to homeowners, and stability for lenders and insurers, against the prospect of rising rates, and it has helped minimize credit default for the government, which insures high-ratio mortgages through the Canada Mortgage and Housing Corporation.

The stress test has also provided an opportunity to those who want to build wealth faster. I encourage my clients who can to pay down their mortgage principal with the payment privileges allowed in their mortgage contract, because the stress test rate validates they can do so comfortably.

During the qualifying process, most lenders use 35% of your gross income as the limit for housing costs. At the stress test rate of 5.25%, it’s a comfortable limit and provides homeowners the wiggle room to hammer down debt by accelerating repayment. Doing so responsibly lowers your outstanding mortgage balance and minimizes risk of higher interest rates. After all, increased interest rates have less of an impact if you owe significantly less money.

I’ve used this simple and easy to understand example with all my clients over the years: If you owe $200,000 at 5%, your borrowing costs are $10,000 annually. If you can pay down your mortgage balance to $100,000 before rates double to 10%, your interest cost will remain at $10,000. The key is to pay the lowest rates available when you owe the most, and do your best to hammer down your debt to a level at which rate hikes don’t matter in the grand scheme of things.

In closing, I believe the stress test will prove to be a good policy that was misunderstood. When coupled with a good financial plan from a mortgage professional, it can create wealth for borrowers, while also providing them with the peace of mind that if interest rates rise, they can still remain in good financial standing.


Vince Gaetano is the owner and principal broker of OwlMortgage.ca. He can be reached at vince@OwlMortgage.ca. You can also follow him on Instagram @vincegmortgage, where he hosts The Wise Old Owl Show every Thursday at 4 p.m. EST focused on financial literacy and money saving tips.